I just got home from an amazing 5 day solo trip starting from Rock Lake. The weather was fantastic aside from a steady wind throughout my whole trip. I only had one calm evening which is unusual, and the only rain was during an awesome thunderstorm Thursday night on Lake Louisa, it was a great test for my new tarp/tent.. and they both passed!

I was on the water around 10AM on Tuesday the 16th, Rock lake was super calm which was a great start! As I paddled by the many vacant cottages on the East side of the lake I was greeted by an older gentlemen taking photos of me as I paddled past his dock. He remarked at how perfect of a model my dog and I were as we paddled across the perfectly still water. I ended up giving him my email address so he could send me a few of the photos (Thanks again!!).

About to set-off. The water level was fairly high but not the highest I’ve seen it here: Here I am paddling away after a brief chat: Doesn’t get much better than this eh! 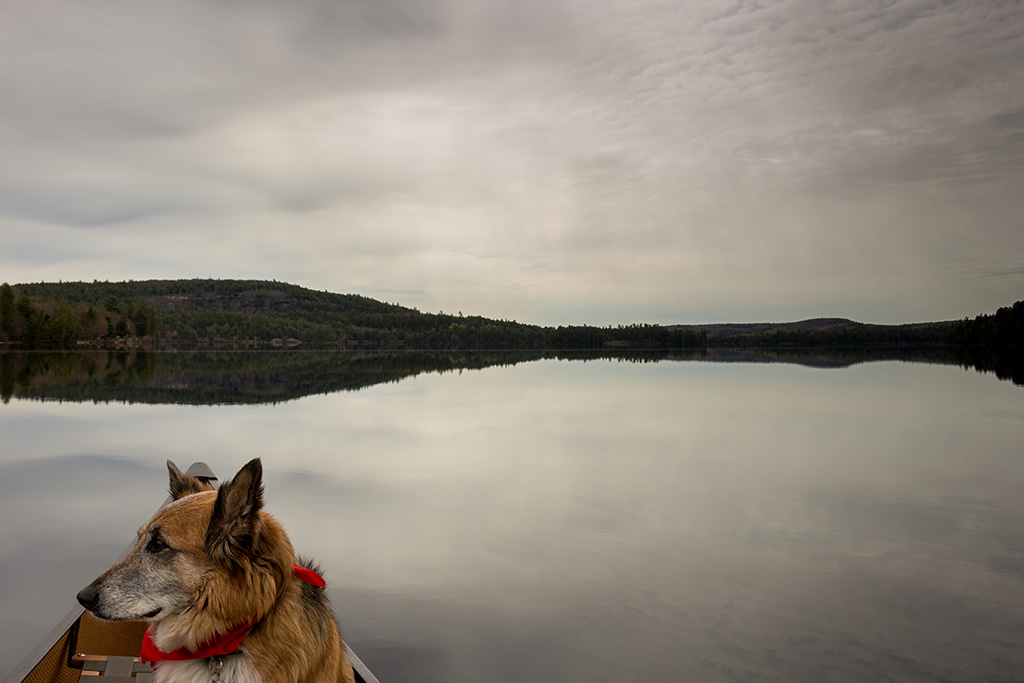 A few minutes after I passed the lone cottager I could hear a guitar and singing. As I got closer to Rose Island I realized it was a fellow soloist camping with his dog on the Island, he was out on a rock playing his guitar and singing away.. he was actually quite good too. I stopped paddling and took it all in for a few minutes then carried on.

Not much has changed on the portage into Pen. It’s a very easy walk, and the bonus is the fresh water spring. The waterfalls sure were gushing!

Here you can see the high water at Pen Lake. Again not the highest I’ve seen but it makes the dock pretty useless!

Pen Lake was an un-uneventful paddle. I knew I would have cell service in the middle of the lake so I called my girlfriend one last time to say bye for a few days! Again the lake was like glass so I talked to her on speaker phone for a few minutes while I paddled down the lake.

The current on the Galipo river going towards Welcome was not welcomed at all! It was a major PIA trying to fight with it, I almost thought I was going to have to bushwhack around! It’s amazing considering in the Summer/Fall you have to walk through due to lack of water!!

First portage on the way to Welcome: 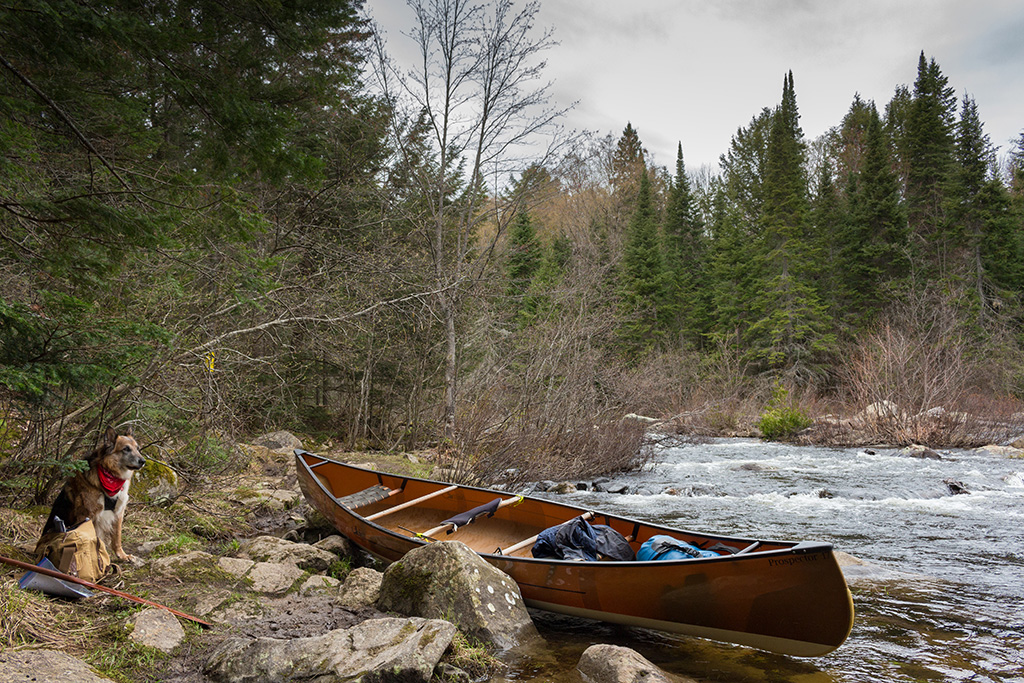 A very easy portage with the most scenic set of waterfalls I think I have ever seen!? 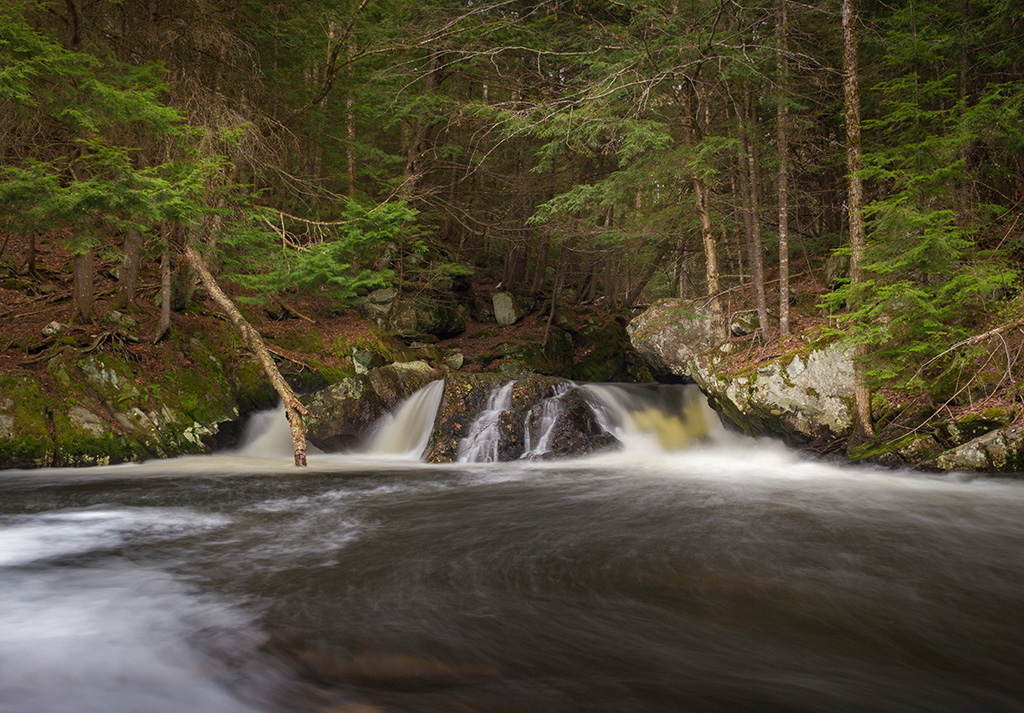 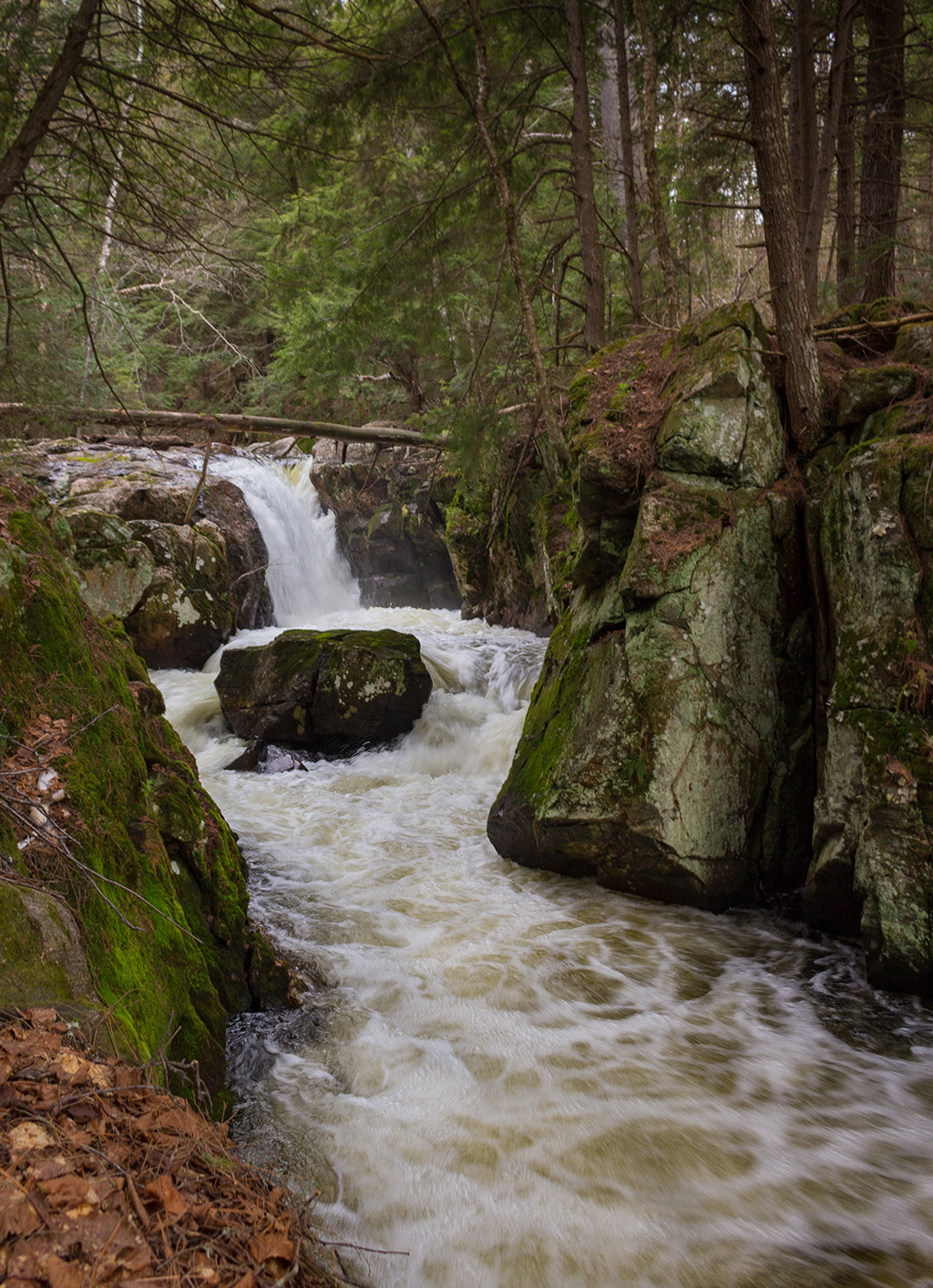 A few minutes after finishing the P275 I arrived at the P2170. Again the current between was decent but manageable. 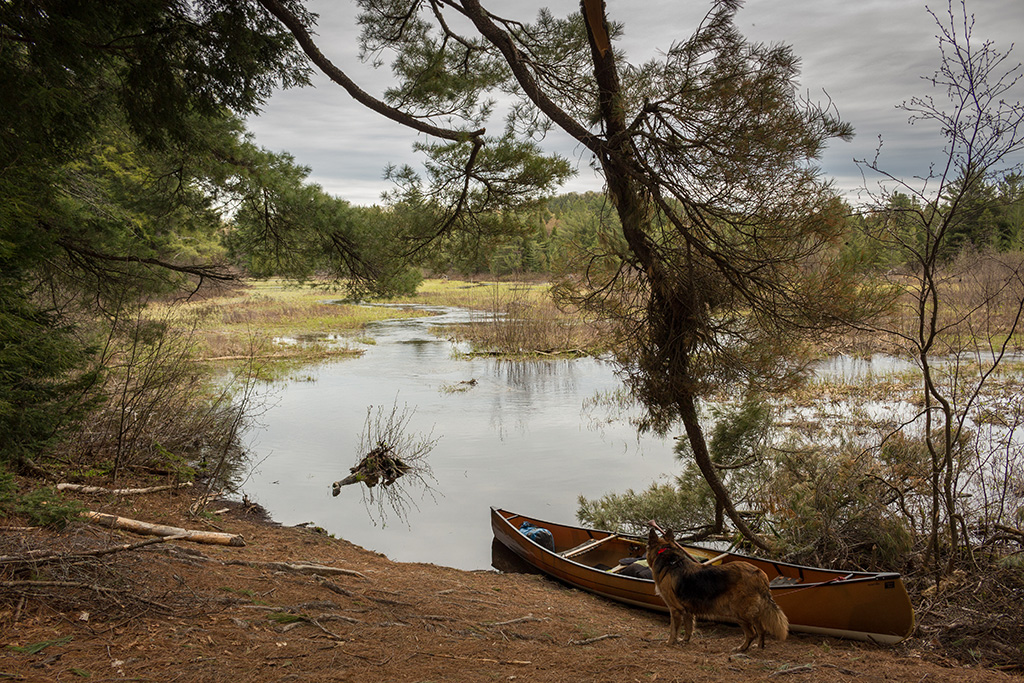 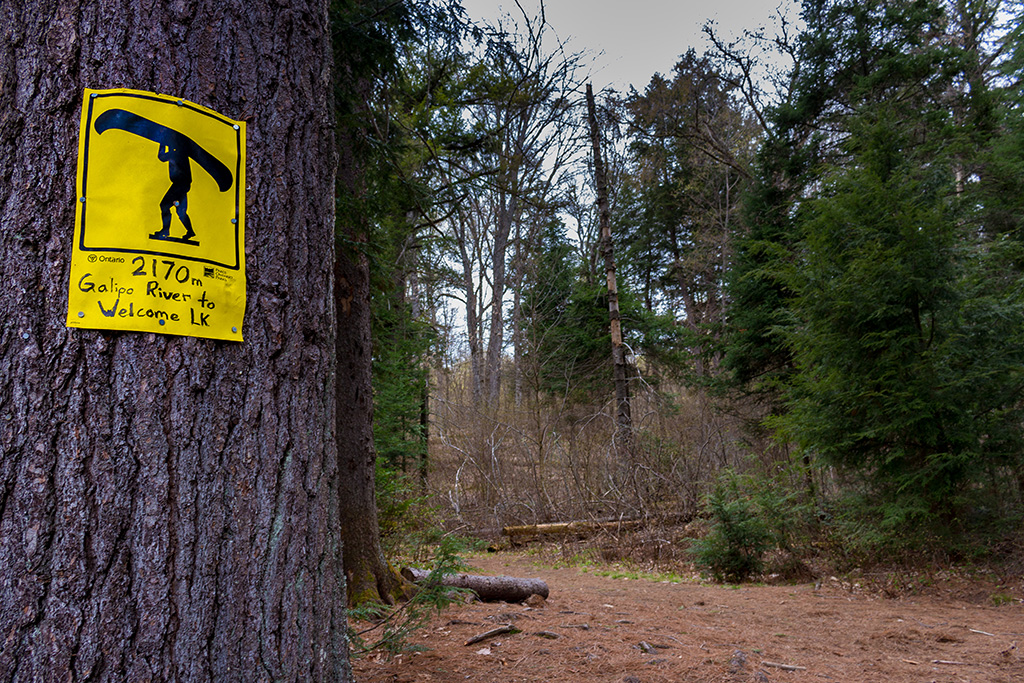 The P2175 was a pain but again totally manageable. I don’t remember anything overly challenging about it. I arrived on Welcome Lake at around 4PM.. and what a welcome sight it was!! 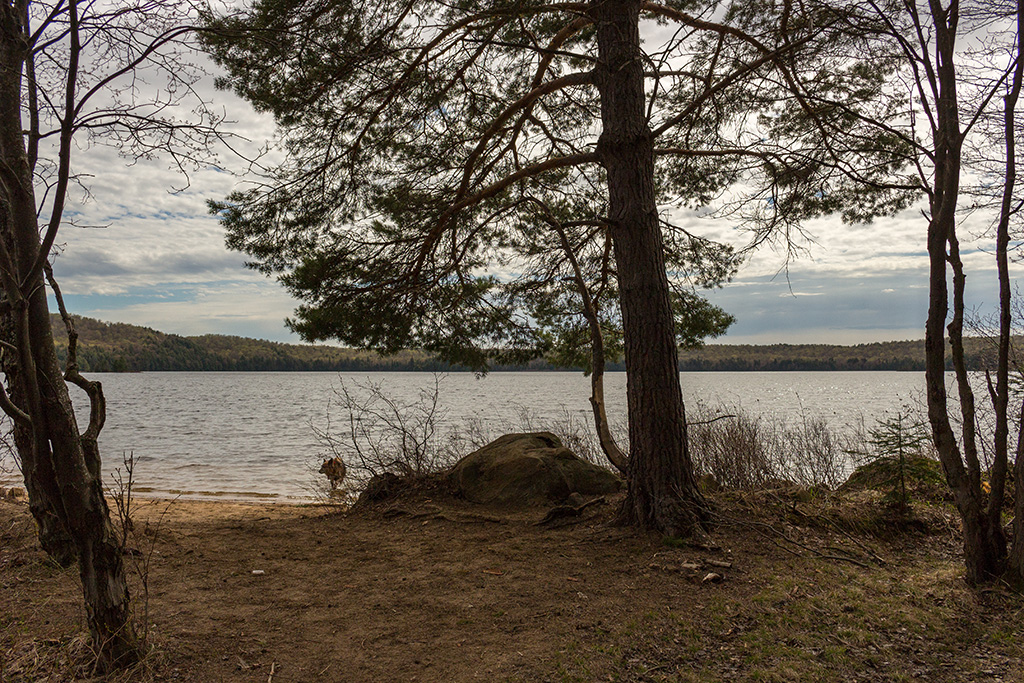 I stopped at the landing and had a snack, changed into shorts and sandals and went and played in the water with Zeus for a bit. After that portage the water didn’t feel that cold after all, it was rather refreshing!

We took our time making our way to the campsite slightly north of the portage. I trolled for trout along the way but no luck! Zeus looks pooped after a long day! 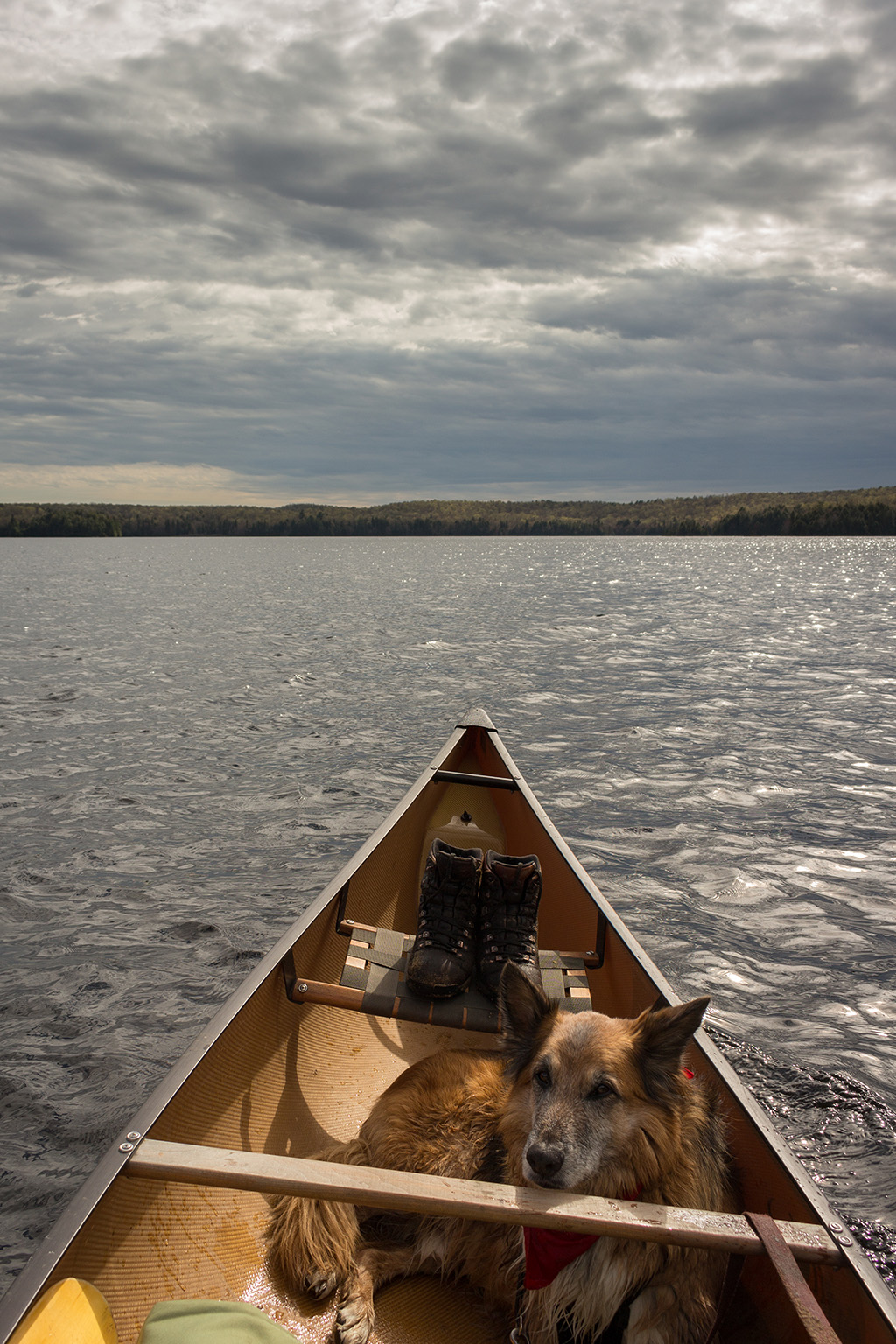 We made quick work of setting up camp and getting supper on the go. Supper was Italian sausages and a Lipton SideKick (I can’t remember what flavor). Decent firewood was easy to find, I had a decent pile processed by around 7:30. I then decided to go fishing until sunset, but again had no luck.
Here is the sunset on night 1: 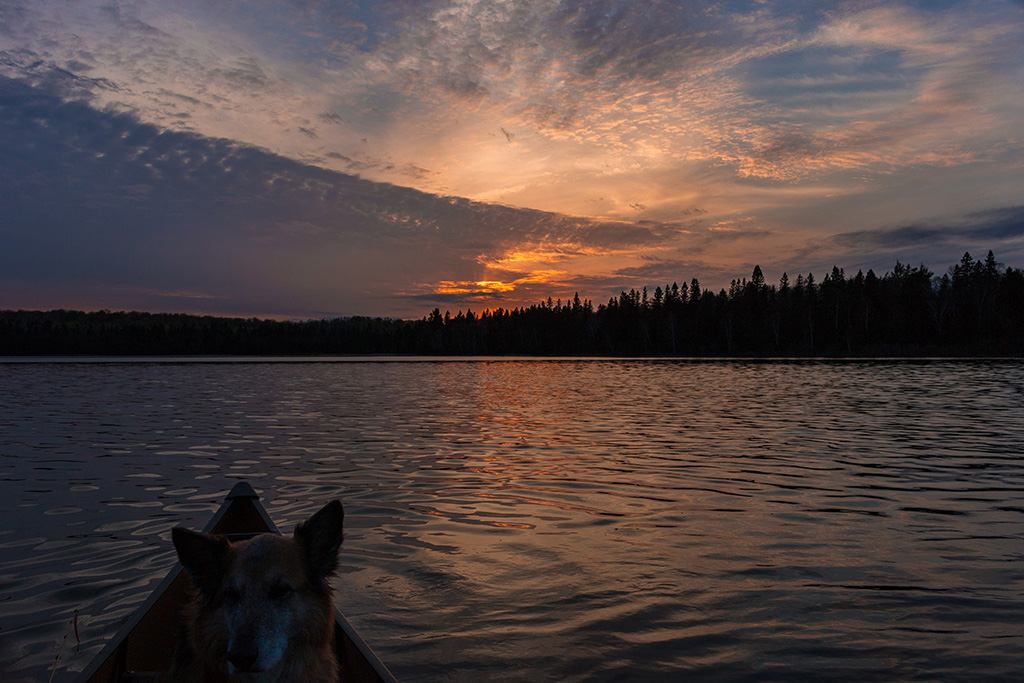 I had a small fire when I got back to camp. It was an early night however, I retired to my sleeping bag at around 10PM and had no trouble falling asleep after a long day on the water/trails!

It’s taking me forever to go through the 1,600 images I took (some are for a time lapse), I should have day 2 up tomorrow morning!!