It’s currently January of 2017, I’m sitting in my dining room staring through the window into the thick hardwood forest behind my house. As I sit here the temperature is -24 degrees Celsius outside (I wrote this on January 10), causing ice to form on the edge of the glass separating me from the frigid temperatures of Northern Ontario. I can’t help myself; I can’t get the thoughts of the first fishing trip that I have planned for this upcoming spring out of my mind. I know I still have quite some time to wait, but to pass the time I am reminiscing the memories from the first trip I did last year, the spring of 2016.

The winter of 2015-2016 was very strange, nothing I’d ever experienced in my lifetime (not that I can remember, anyways). Ice didn’t even form on most of the major bodies of water in Ontario until January of 2016, meanwhile a typical year could have you confidently snowshoeing on a frozen lake in mid-December. As a matter of fact, my last canoe trip in 2015 had me starting on Kiosk Lake in Algonquin on Boxing Day, yes that’s right, I was canoeing on December 26! 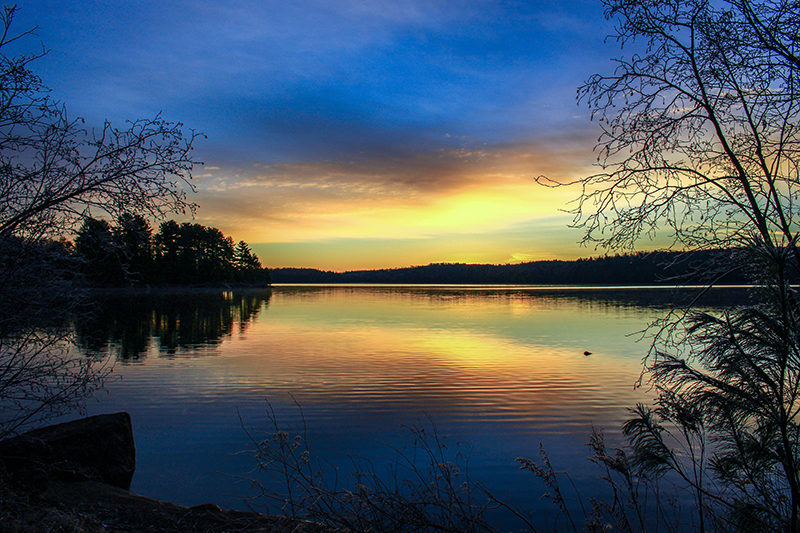 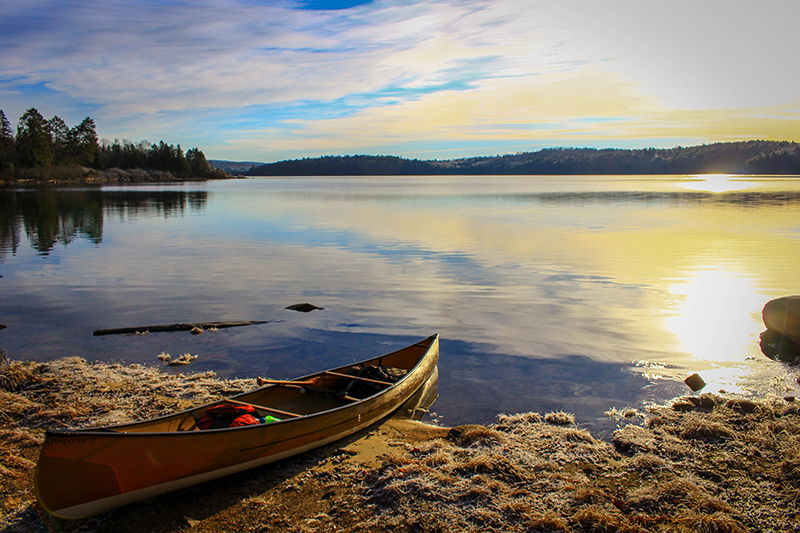 My brother Mike would be joining me for this trip, typically we do one trip together every year, usually in the fall. This year was different however, Mike was expecting his second child in October so we decided an early spring trout fishing trip in Algonquin was on order.

We planned to embark on our journey on May 1st which fell on a Sunday. Our planned route would have us starting at Cache Lake, and then down through a series of small lakes which are apparently great for brook and lake trout fishing. We had everything planned, sorted, packed, and ready to go a few days before our trip, nothing could stop us now.. except one thing! Ice!

Sometime near the end of April Algonquin Park issued a statement stating that no back country permits will be issued until further notice. No exceptions. For you see that late start we had to winter turned into a late start to spring! The average ice-out date for Algonquin is April 23rd, which is slightly later than most of Ontario due to the higher elevation. This year however, the experts predicted ice out to be into the second week of May. At this point we decided if we can’t get a permit for Algonquin we might have to head somewhere further South where there is a higher possibility of open water, or as a last resort cancel our trip all together. Unfortunately due to our work schedules neither of us could reschedule our holidays. 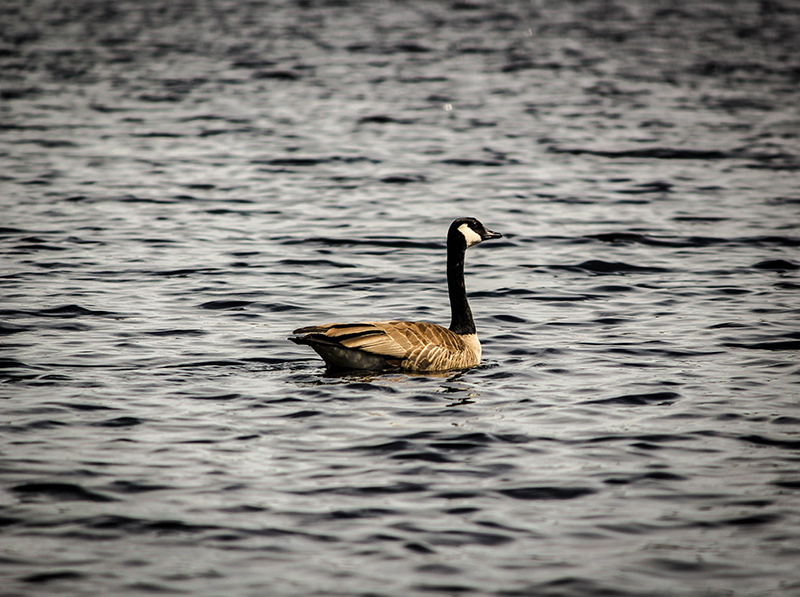 On Thursday, April 28th (three days before we start our trip) I decided I would take a drive to the Kiosk Access point to assess the ice conditions,  for since the Algonquin website still states that all lakes are ice covered and no permits are being issued at this time. When I pulled into the large parking area at the campground I was surprised to see numerous vehicles and people. When I looked out onto the lake it appeared to be fully open, as a matter of fact I can recall seeing a few motor boats on the water, presumably fellow fisherman looking to catch some trout for dinner. I went into the campground office and asked Carmen (she runs the campground here) about the permit situation. She politely told me that even though some lakes were ice free she was advised to not issue permits until further notice, again with no exceptions. Apparently most of the lakes in the more southern areas of the park still have a solid layer of ice. Park management had a helicopter flight booked for May 1st so they could fully assess the conditions throughout the entire park and make a decision from there. 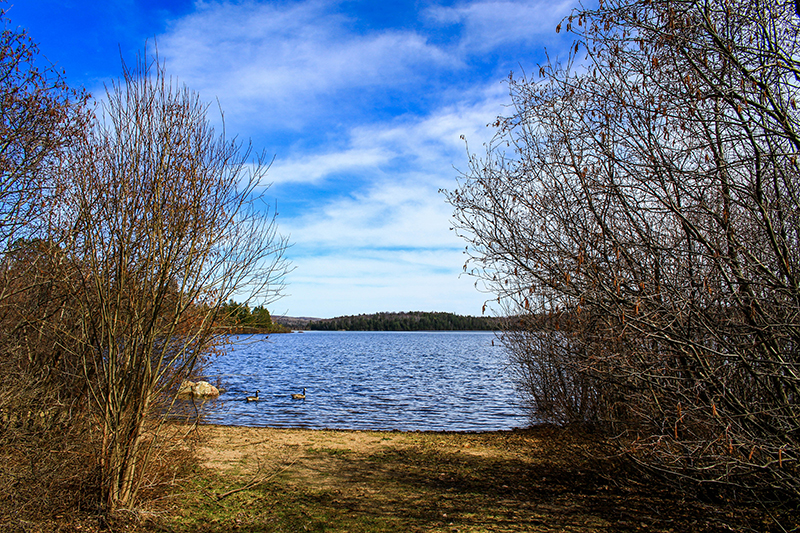 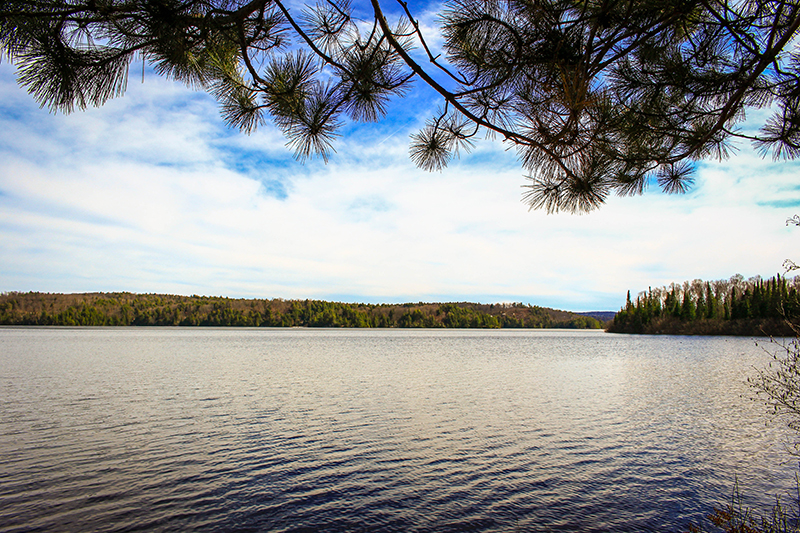 It is now Saturday, April 30th. There is still no signs of Algonquin’s back-country permit restrictions being lifted. Mike and I had to come up with a new game plan, and fast! I was determined to find somewhere with open water, and I didn’t really care where! At this point I didn’t even care if our fishing opportunities would be limited!

Below is the first photo I took on our trip, where do you think we ended up? Stay tuned for Part 1 of the series…! 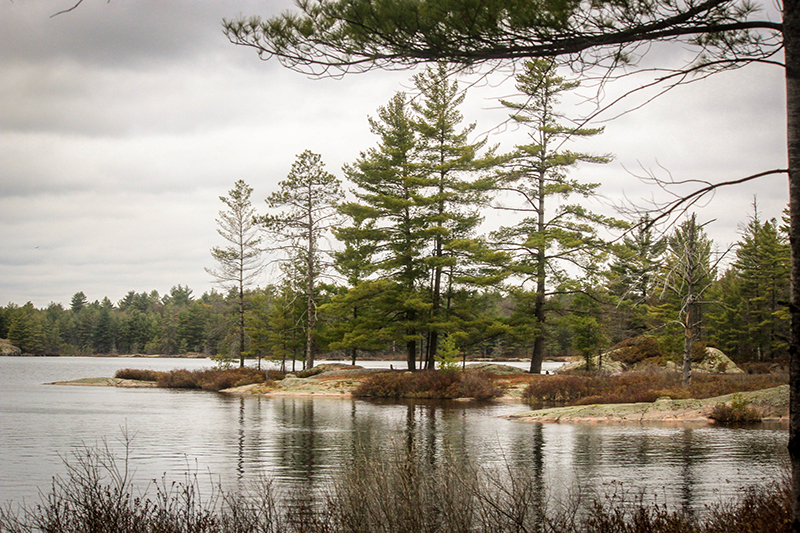 Where could this be?